Cash in those coins before it's too late.

Club Nintendo is an awesome idea that slowly fell into a lazy rut here in the US. The concept years ago? Buy Nintendo stuff, register the products, earn points, redeem the points for what basically amounted to Nintendo swag. Nintendo got consumer feedback and analytics (although their surveys are so cumbersome I’d be amazed if they ever got any valuable data out of them), Nintendo fans got Super Mario figurines, posters, and other cool stuff.

I was able to make Platinum status the last few years and got a couple neat items, I started to get disappointed as time went by though as almost all the rewards slowly transitioned from cool limited run physical stuff to free virtual console games. Even before the backslide Club Nintendo in Europe was getting cooler prizes: a working Super NES controller for the Wii, physical trophy replicas for Mario Kart 7, in fact right now you can still get a really sick set of pins from Mario Kart 8. 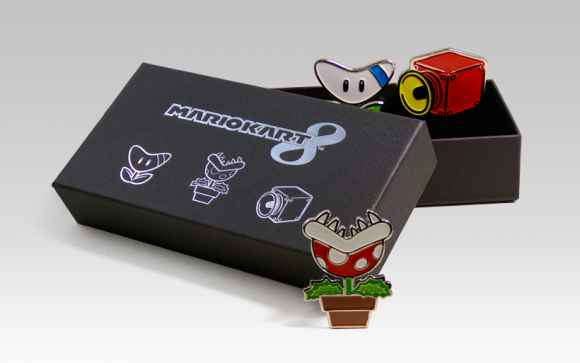 Club Nintendo in Europe is getting cooler stuff to this day.

I’ve long been holding out hope that Nintendo of America would someday catch up to its European brothers but that was before Nintendo quietly announced the service’s upcoming discontinuation last night.

From the press release:

After more than six years of delivering fun Nintendo-themed rewards to its members, Club Nintendo is preparing to shut down.

“We thank all Club Nintendo members for their dedication to Nintendo games and their ongoing love for our systems and characters,” said Scott Moffitt, Nintendo of America’s executive vice president of Sales & Marketing. “We want to make this time of transition as easy as possible for our loyal Club Nintendo members, so we are going to add dozens of new rewards and downloadable games to help members clear out their Coin balances.”

If you never even bothered with the program, it’s not too late to create an account and register your stuff. New registrations will close on March 31st, which will also be the last date for you to earn coins, but you have until June 30th to actually redeem your points.

Nintendo is also going to be giving out free download codes for Flipnote Studio 3D in February, as a way to thank all of their loyalty program members.

The company does promise that a new rewards program will eventually rise to take Club Nintendo’s place, but the details are scarce so far, let’s hope it’s something meaningful and not just more low effort digital stuff. You hear that Nintendo? I want those Mario Kart badges, make it happen. Existing coin balances will not carry over to the new rewards system and instead will vanish on July 1st, 2015, so make sure you get whatever prizes you have coming to you before then.

You can read the full press release and discontinuation schedule here.