Too Cheap to buy GTA?

Maybe you’re sweating making rent this month, or maybe you have to choose between your gaming habit and that bottle of gin you need to make the phone calls go away, or maybe sixty dollars is just too much to pay for any game on principle. Whatever your reasons, there are no doubt many of you out there who are itching to play something that won’t break your wallet. I know because I am one of you.

With an underwhelming release schedule following in the wake of GTA V I’ve gotten a hold of some Xbox titles that have come out over the years that you may have missed and might be worth picking up now at a reduced price. So don’t go and steal that copy of GTA just yet. First consider these options. 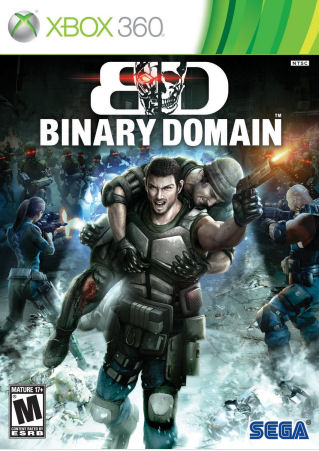 Binary Domain is a third-person shooter set in a dystopian future where climate change has wreaked havoc across the globe and the line between man and robot is now all but indistinguishable. You take control of the leader of a “Rust Crew”, a team of highly skilled soldiers who deal with violations of the Geneva convention’s edicts of robots.  Your latest mission sends you Tokyo to capture the mysterious head of the Amada corporation, believed to be creating “hollow children”, robots so indistinguishable from humans that they aren’t even aware they are robots. Along the way you fight through a robot army and earn the trust of your teammates to assemble a fighting force strong enough to battle its way into the heart of Amada’s operation. 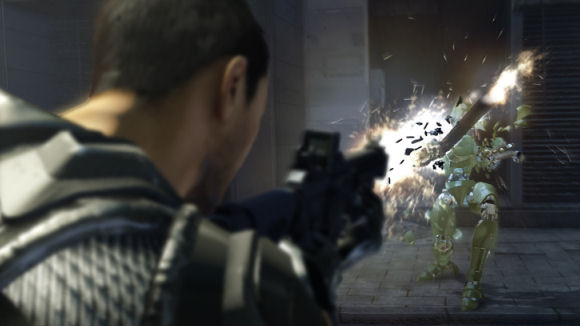 This game can be best described as a Japanese developer trying to make a Western-style action game. It plays very much like Gears of War with a few differences. Players can use their microphones or the Kinect to issue tactical commands to their teammates, as well as reply to dialogue during the game. Depending on your answers and actions during missions you can build trust up amongst team members which will increase their effectiveness in combat and alter events throughout the game. You also can upgrade your primary weapons to improve their performance, as well as equip yourself and your teammates with nanotechnology which make them more effective in the battlefield. The run-and-gun gameplay is mostly solid, with tight controls and teammates who do a very good job of both following orders and acting independently. There are a few instances where the AI teammates will seem to run obliviously into your gunfire or you will try to take cover behind an object and awkwardly dive away from it and into danger, but these issues are infrequent and minor. 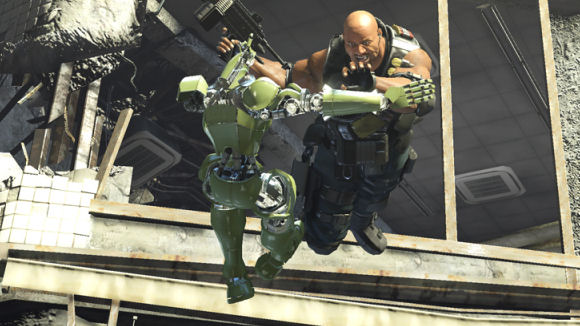 I was excited to find that this game was designed by Toshihiro Nagoshi, who also conceived the Yakuza series and here he manages to include his signature style of crowded Japanese streets with almost overwhelming detail, this time broken and destroyed by disaster. While for the most part you will fight waves of the same green robot soldier, you will go against some gigantic enemies in some massive locales with a few new tricks I haven’t seen in other titles. This game also does a great job of keeping the action fresh by breaking up the main run-and-gun scenes with numerous diversions to keep you on your toes.

Is it worth the money?: Yes, but really only on the stipulation that you liked Gears of War. While this game does come with some fresh ideas it doesn’t redefine the genre. Still, the action is good, the battles are fun and the game has enough charm that fans of squad-based third-person shooters should find something enjoyable here. 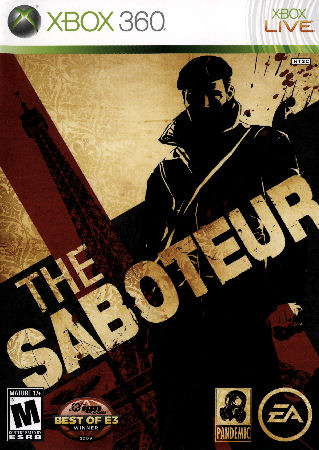 Of all the games I reviewed the Saboteur is the oldest, but likely the strongest. This open world sandbox game set in Nazi-occupied Paris puts you in the shoes of Sean Devlin, an Irish mechanic and racecar driver with a score to settle with the German invasion force. Through a combination of stealth, sabotage and lots of firepower Sean wages a one man guerrilla campaign against the Nazis that will have the player racing through the streets of Paris, shooting it out with the S.S. and gunning down Nazi zeppelins. 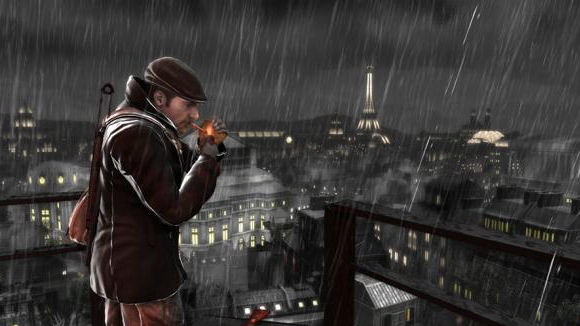 Explore Nazi-occupied Paris and blow it up

While there’s no shortage of World War II games, the Saboteur offers a lot worth looking at. The game obviously takes its cue from GTA with carjackings and lots of driving, and in that regard it performs competently. On foot Sean puts on a good Parkour show, scaling the clustered buildings and towering cathedrals of Paris with ease. While any game that involves a lot of jumping is prone to the pitfalls of bad angles and characters running helplessly off ledges to their doom, the Saboteur plays pretty solidly as you jump from rooftop to rooftop and more than once I felt surprised at how well the mechanic does handle. While Sean doesn’t move as fluidly as say Infamous, it’s a cool if slightly anachronistic aspect of the game. Combat is simple but satisfying. Sean can outgun squads of Nazis without much difficultly if he has a little cover to work with. More interesting is the ability to dynamite enemy installations like sniper nests and anti-aircraft guns which can in turn drastically alter the situation on the battlefield and give Sean a major advantage over his enemies, as well as provide you with contraband which can be sold on the black market for weapons, ammo and upgrades. 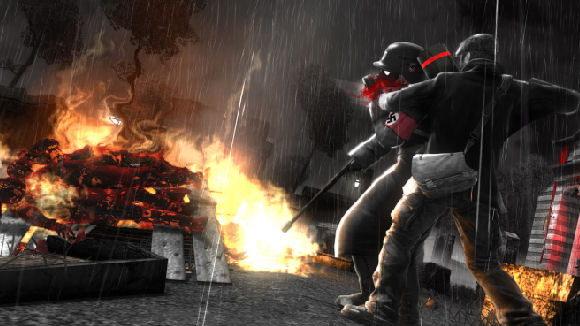 You can use stealth to get the drop on an enemy, but usually a machine gun works better

The Saboteur isn’t without issues. The animation is a little choppy and the graphics look aged (It is almost six years old, after all). The production values can be underwhelming to the point that it feels like the game was developed as a budget title and the voice acting leaves a lot to be desired. Despite that, the gameplay is simply fun and the action is plentiful and provides a little something for everyone to enjoy.

Is it worth the money?: While it runs for a little more than the other titles on this list, I would say the Saboteur offers a lot of good things and plenty of play time (Ten plus hours on the main story alone), and whether you love sandbox games or hate Nazis there’s something here you will enjoy. While this may not be a game you would have wanted to buy at full price, at a third the price of a new title I highly recommend this one. 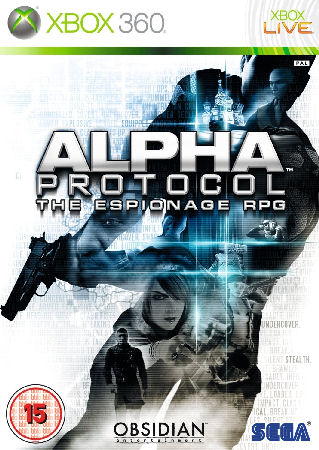 This last offering, an espionage action/adventure RPG I offer to you with caveats. Alpha Protocol puts you into the role of Michael Thorton, a hotshot spy and the newest member of the government’s ultra secret espionage program, Alpha Protocol. Michael is sent to recover stolen military contractor technology on a mission that will pull him into an international conspiracy which only he can solve using lots of guns, spy gadgets, stealth, plenty of attitude and the cooperation of colorful spies and mercenaries. The decisions that the player makes in the field will change the course of the world, and this game has plenty of options. 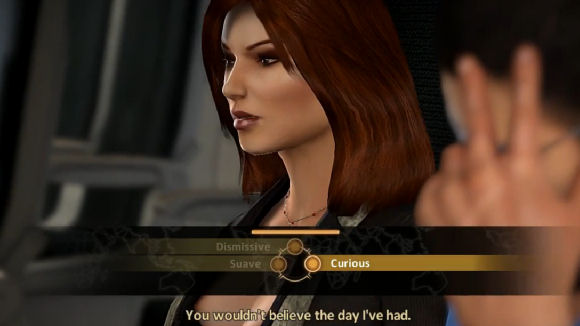 All the intrigue of international espionage

Alpha Protocol is third-person shooter which incorporates RPG elements into gameplay. Thorton begins the game with the option of selecting from various agent skills like pistols, sneaking, martial arts, hacking, etc. Increasing those skills unlocks new abilities and better proficiencies. But your mission won’t be completed with brawn alone. The game puts you in contact with a large cast of characters like agency handlers, photojournalists, businessmen and deranged lunatics. Using what is basically a modified Mass Effect dialogue wheel which has you decide the tone of your reply (Usually professional, suave or sarcastic), you can gain intelligence, win favors and build relationships with these characters. Make friends and they can offer you assistance which can drastically change a mission, but if you piss them off they may go out of their way to make your life harder.

To be upfront, in terms of gameplay Alpha Protocol is kind of sloppy. Thorton controls well enough, but he can have a hard time taking cover when you tell him to and more than once you will perform a stealth takedown where he will just stand there awkwardly until the victim-to-be catches you and sounds the alarm. The game isn’t unplayable, but you will probably have to reload a few checkpoints along the way because of stupid glitches or unresponsive controls. Even when the combat works it doesn’t offer a whole lot of thrills other than a lot of goons to shoot. The longer levels can feel like a slog, especially the ones that offer relatively few choices, because that’s what makes this game interesting. 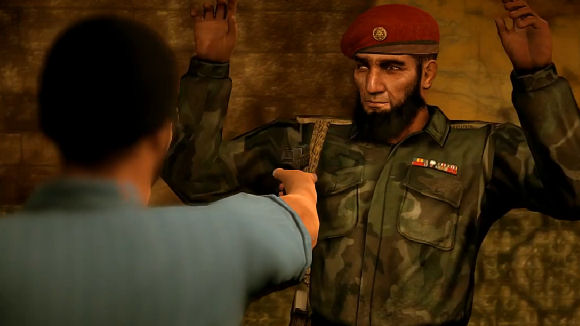 You also get to shoot a terrorist Abraham Lincoln, so… That’s a bonus

What I really like about Alpha Protocol is the non-linear, open-ended nature of the game. After the first assignment the player is free to do sets of missions in just about any order they please, and their decisions can make an impact on other assignments throughout the game. Terrorize the wrong guy in Moscow and you will have a tougher time working through the rest of the Russian missions. Shoot up a CIA listening post and you will be at a severe disadvantage with other American operatives. While not every move you make will rewrite the entire course of the game, you get enough agency that the game will end in drastically different ways depending on what you do. And while the game’s story isn’t written like the best Ian Fleming novel, it is solid enough that players should be satisfied to see their outcome of their choices. Despite the games many flaws I feel like the sheer degree of choice really makes this game a diamond in the rough.

Is it worth the money?: If you’re willing to play through an average adventure game to interact with a plot that gives you a lot of options, then even if you don’t love the game I think you will still be satisfied. I’ve replayed this Alpha Protocol several times and each time the story played out differently and in a way that I felt was satisfactory to how I played my character. But if the branching storyline and multiple endings don’t appeal to you then I wouldn’t suggest you pick up this game at any price.