It’s the holiday season and what better time for Square Enix to attempt to entice gamers with information on their projects for this upcoming year? Square has a boatload of stuff they’re hoping to release in 2015, so this will only be part 1 of the report which will mostly cover the numbered Final Fantasy titles. 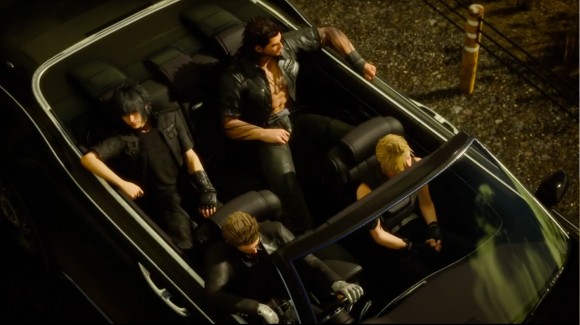 Get into my car.

First on the docket are some details on the future of Final Fantasy 14, a game that had more than a rocky start but with the help of some staff shifts and player feedback has since stabilized into a more playable form. Square Enix is now ready to announce their Heavensward expansion pack for the MMORPG.

The first of the FFXIV tidbits includes a new playable race called the Au Ra, they’re a… Well I’m not really sure what they are. I’ll just leave the image in for you to figure it out. 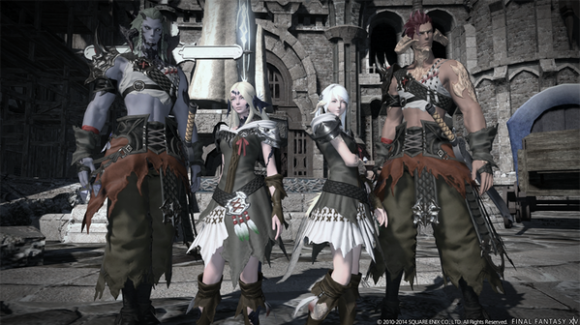 Two new classes. The Astrologian which is a healer, and the Machinist which is ranged DPS. A new raid “Alexander” which veteran players of the series may recognize as a reoccurring summon, and according to the description you fight it from inside out. 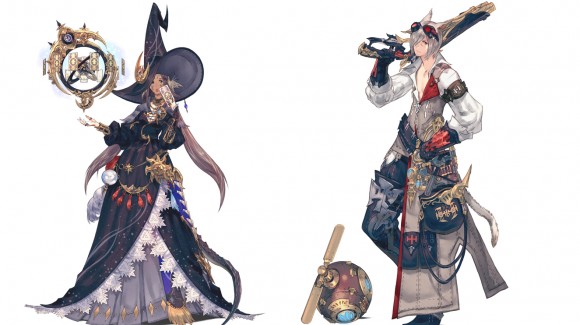 Series composer and musical legend Nobuo Uematsu is promising a new musical piece for the expansion pack, you can obtain a flying dragon mount and of course, there will be a collectors edition complete with artbook. The CE will also include two pieces of digital Final Fantasy 4 swag; Cecil’s dark knight helmet and a wind up Kain minion.

From the trailer we get a bit of the story, an enemy empire invades…Insomnia? Yeah, the city is called Insomnia I guess… I’m not sure how good it is, but there’s driving, and apparently our very angry new protagonist can either drive the car himself or have a party member drive it for him. The main city looks kind of like Los Angeles had a baby with Madrid. Everyone also stands around posing for magazine covers. 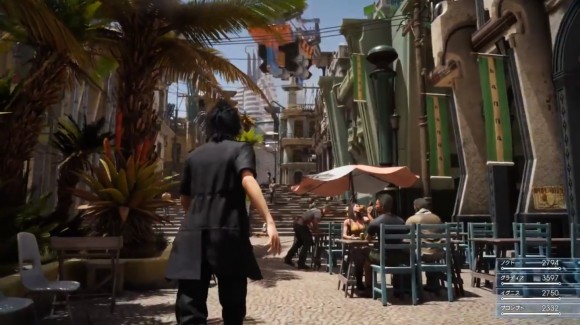 There’s some gameplay as well. Battles so far look seamless with some fluid action and neat stunts, though perhaps not quite the CA-RAZEY off the wall action we saw in earlier trailers, something I’ve sadly gotten used to not just in the promises of Final Fantasy trailers, but game trailers in general. 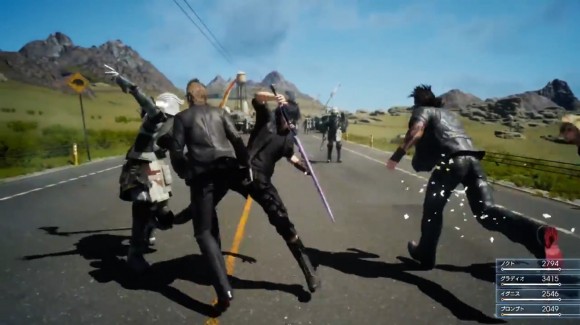 Though again the main draws for long time fans are the appearance of a new Cid, or “Cidney” as she’s called in Final Fantasy 15 (at least in English, for now), and the appearance of yet another series summon Titan as both a creature you have to evade and eventually have to fight. 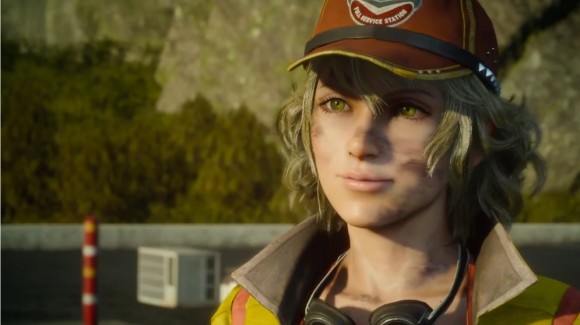 Goggles and machines, seems like a Cid to me.

New info for Final Fantasy 15 comes via an interview with the game’s director, Hajime Tabata. Magic has yet to appear in the game, though Tabata promises a system is in place to include it. Camping will allow for buff bonuses to the party. He also teases at the importance of Cid and Titan to certain parts of the game, but doesn’t go into detail. 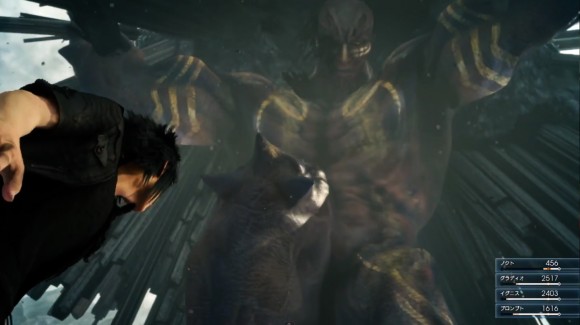