Meet a terrible fate next spring.

Nintendo lead with their biggest news first in today’s Nintendo Direct. Majora’s Mask, the much beloved (and moderately feared) Legend of Zelda installment, will be heading to the 3DS just in time to depress you for the spring season of 2015.

The video is vague on the subject of what exactly has been changed in the updated classic, but Iwata does emphasize that the team has done their best to maintain the original level of challenge while making sure the gameplay experience was as smooth as possible. I’m sure you can expect to hear more as we approach the game’s release next year.

There was of course more in the Nintendo Direct but a lot of it was stuff we already knew or could have inferred, here’s some of the highlights: 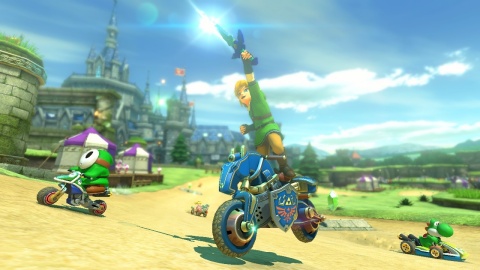 You can watch the full Nintendo Direct video here:

Breath Of The Wild Reveal